Treehouse studios was built in 2020 by composer/producer Brian Crosby. Located just outside of Ashford Co Wicklow, the studio offers an alternative setting nestled in the native woodlands around Brian’s house at the foot of Carrick Mountain. 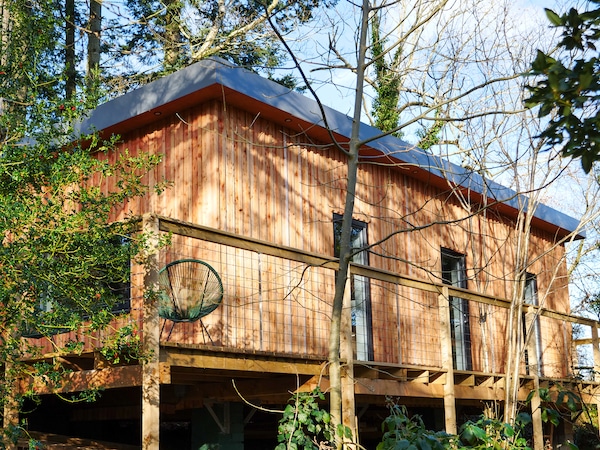 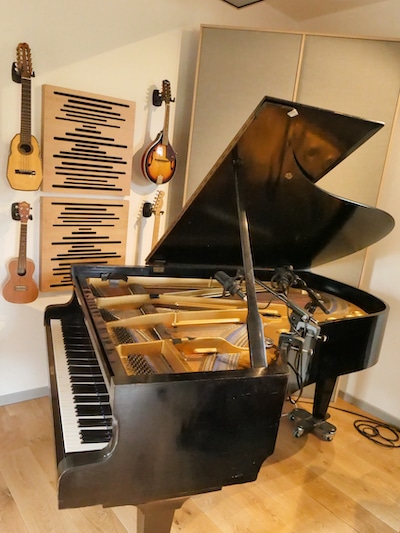 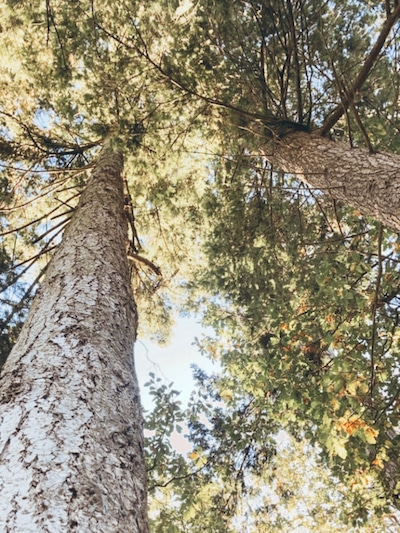 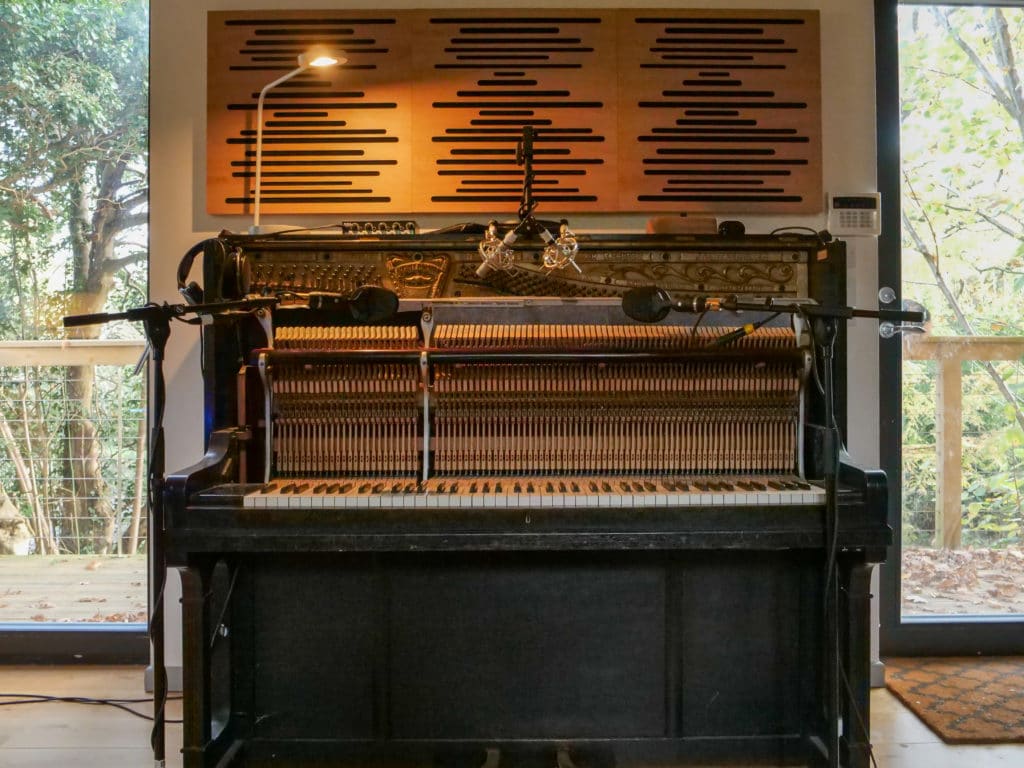 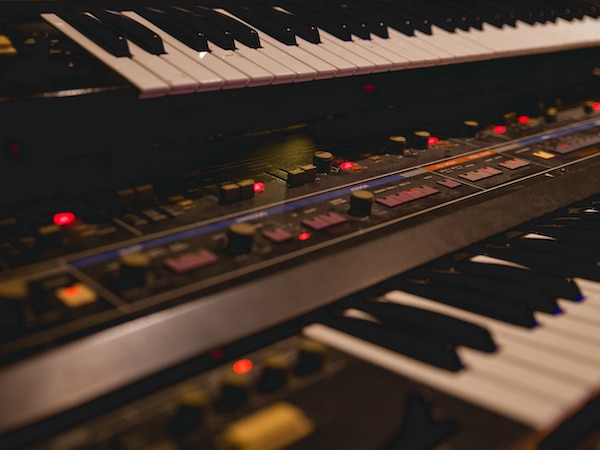 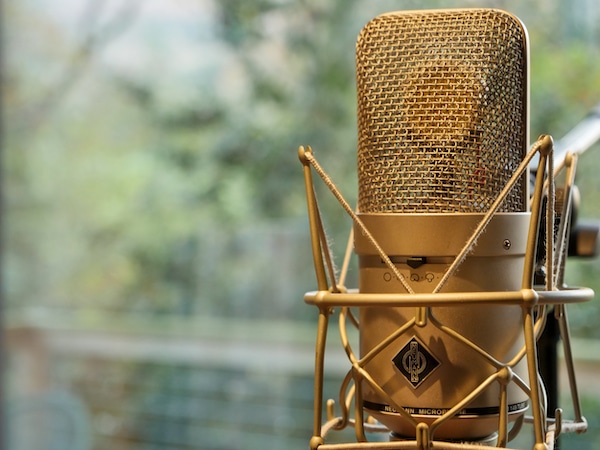 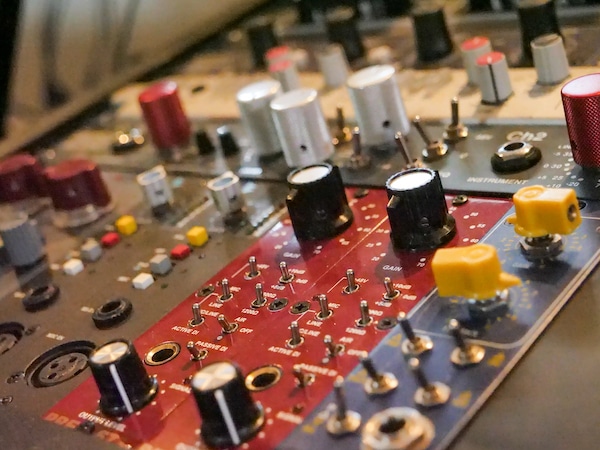 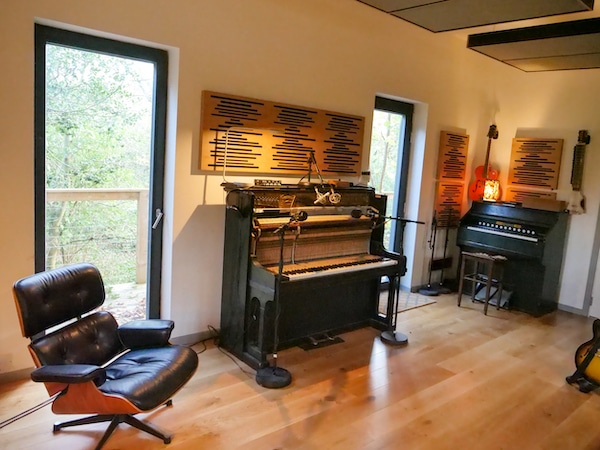 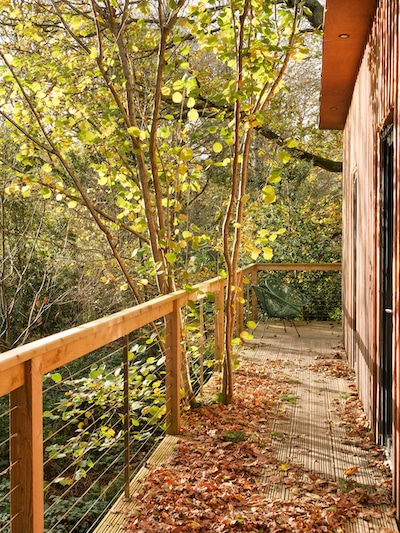 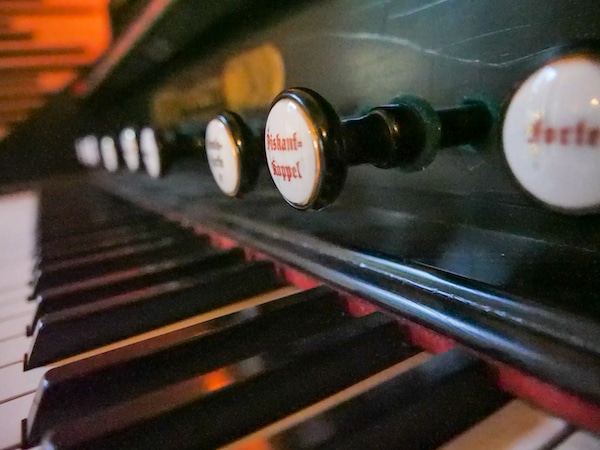 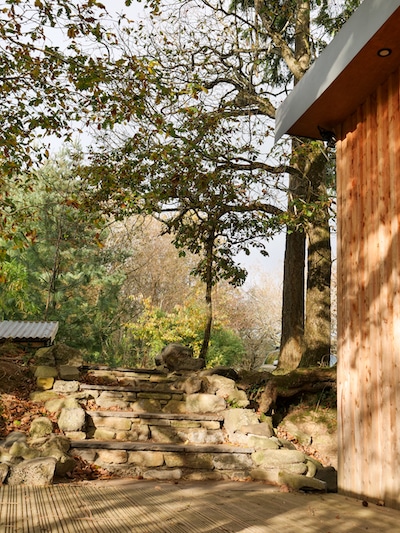 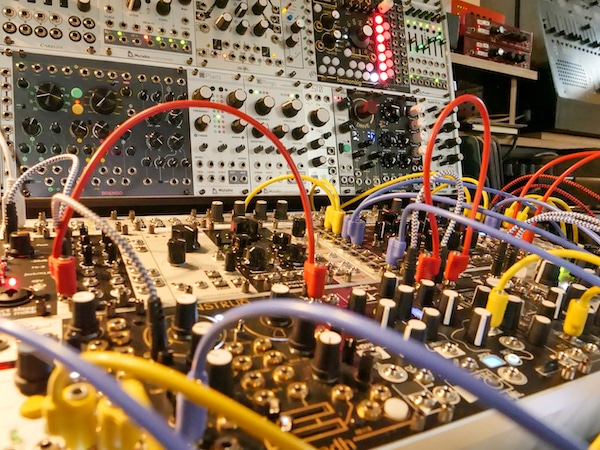 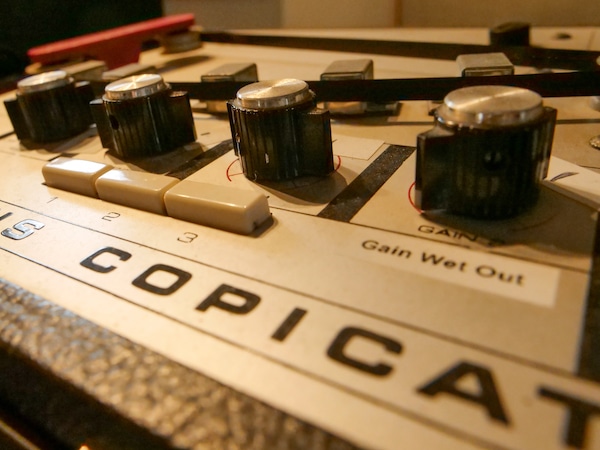 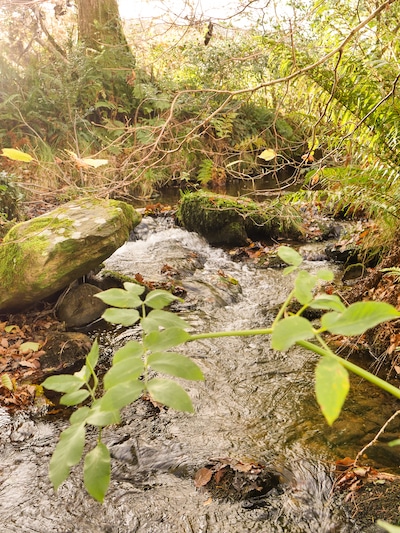 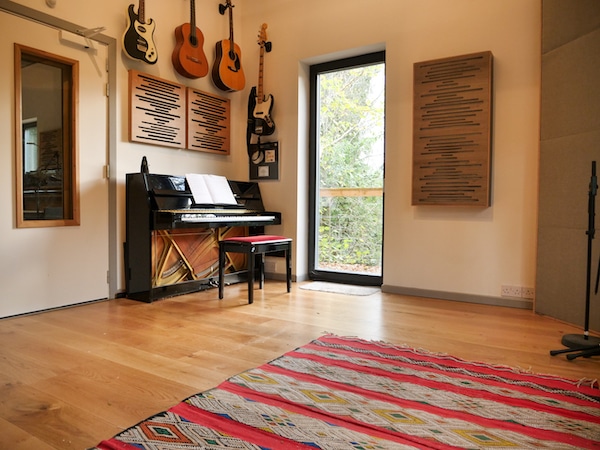 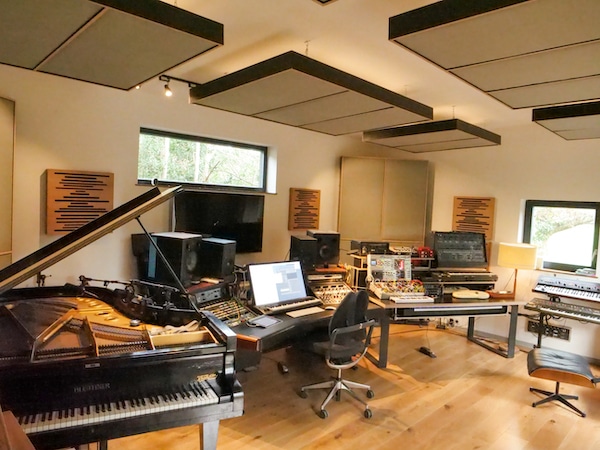 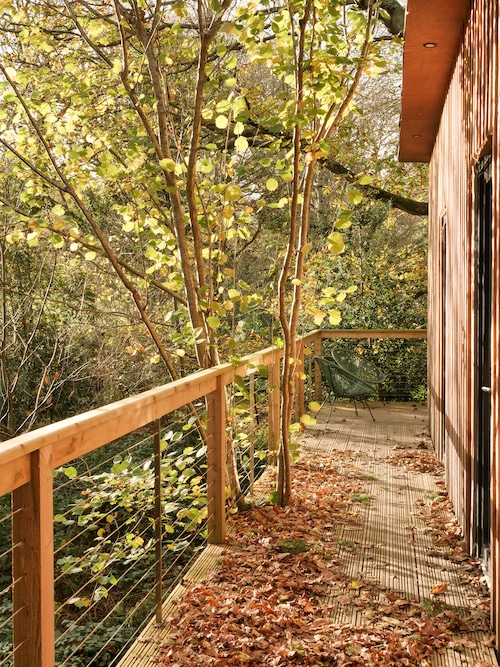 Elevated above the ground and sitting in the trees, the studio has two interconnecting rooms filled with natural daylight and views of the surrounding woodlands and Carrick Mountain.  Both rooms have wooden floors, are acoustically treated and are connected with microphone lines, cat6 ethernet and video lines.

There’s a kitchen and bathroom facilities in the main house. The grounds around the studio have various seating areas and walks as well as a stream running at the end of the plot. Ashford village is 5km away and offers plenty of food and coffee options.

As well as the equipment listed above, the studio is also filled with all the various weird and wonderful instruments and gadgets that Brian has collected over the years, including a Modular system, Copycat and Roland tape delays, a Roland Vocoder, stomp boxes, Omnichords, a Hurdy Gurdy, a Ronrocco, a Dilruba and various other stringed and percussion instruments from around the world.

The Blüthner grand piano and the August Förster upright piano are the special treasures of the studio. They both date back to the 1920’s and were meticulously restored in Berlin before they found their way to Ireland. In contrast to the shiny pristine sounds of modern pianos, they offer an old vintage sound full of character and warmth and were used on many films scores and recordings by Dustin O’Halloran and the late Johann Johannsson as well as Brian’s own work.

Whether you’re looking to record some piano, voice or a small ensemble,  overdub some experimental sounds, mix in 5:1 or simply looking for an inspirational space to write music then Treehouse Studio can guarantee you a peaceful and productive experience away from the noise of city life.

Brian has had a long and interesting career as a musician, film composer, producer and artist in his own right. At age 16, he began playing music with Damien Rice which led to Juniper, then twelve years with Bell X1, then the Cake Sale collective.

In 2008 he moved to Berlin and converted a 3,500 sq ft factory in the city’s Kreuzberg district into a modular studio complex with nine rooms. The studio rapidly became home to a thriving Berlin film music scene and it was here that he collaborated with fellow studio residents Dustin O’Halloran, Hildur Guõnadóttir, Rutger Hoedemaekers and the late Jóhann Jóhannsson on numerous Film and TV scores.

In 2017, Brian moved back to Ireland with his family and two years later set up home in rural county Wicklow at the foot of Carrick Mountain. Inspired by the wooded landscape around him, he designed and built Treehouse Studios, a beautiful log cabin set in the native Irish forest that surrounds his home. It was here that Brian recorded his debut solo album Imbrium, a spacious collection of pared back recordings which was released in the locked down Spring of 2021.

In addition to creating and performing his own solo work, Brian continues to write music for Film and TV. He’s a vocal advocate for artists rights, is a director of the Irish Music Rights Organisation and is Chair of the Screen Composers Guild of Ireland. 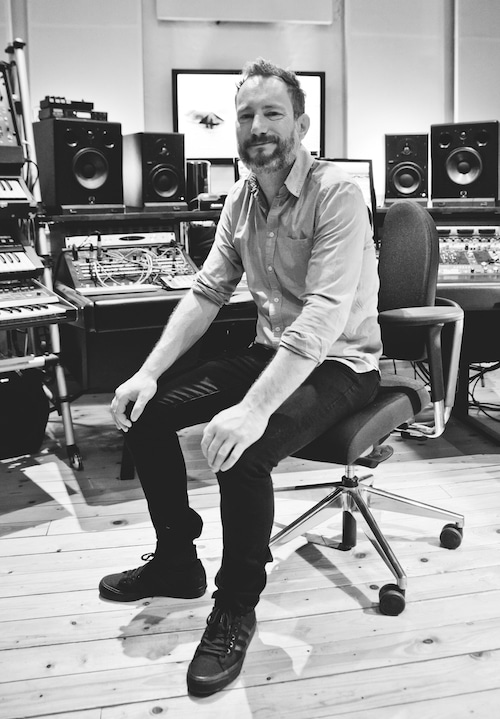 Please get in touch using the form below to enquire about working with Brian and/or renting the studio. We look forward to seeing you here.